Animal Astronauts
The first human moon landing happened more than 50 years ago. But did you know that human astronauts were not the first Earthlings to travel in space and circle the moon?
That honor goes to two Russian tortoises and several smaller creatures that went along for the ride.
Tortoises in space
On September 14, 1968, the Soviet space program sent two tortoises — a﻿long with some flies and worms — into space for a trip around the moon. NASA calls it "the first successful circumlunar mission carried out by any nation."
After a week-long trip, the tortoises landed on Earth by parachute in the Indian Ocean. They traveled back to Moscow on October 7.
Both tortoises survived the trip but not the experiment. NASA records state that the animals were dissected on October 11, 1968, to see how their bodies were affected by the space travel.
Dissection showed that "the main structural changes in the tortoises were caused by a lack of food and not the space travel." The tortoises had lost about 10 percent of their body weight. But they had stayed active and showed no loss of appetite.
When compared with a control group of tortoises on Earth, the space traveling creatures had a small amount of spaceflight-related atrophy. When parts of the body atrophy, they decrease in size or waste away.
The experiment demonstrated that the animals could travel around the moon and survive. But this did not mean that humans could do the same. That possibility required more testing.
Other animal space travelers
While tortoises were the first to travel around the moon, other animals have helped humans understand and explore space. On its website, NASA explains its history with animals in space.
In 1948, the U.S. began launching rhesus monkeys into space aboard a spacecraft called the V-2 Blossom. The monkey Albert I went up on June 11. On June 14, 1949, aboard another V-2 flight, Albert II reached a height of about 133 kilometers. Albert II died on impact at re-entry.
The last V-2 flight was on December 12, 1949. It involved the monkey Albert IV. On its website, NASA calls it "a successful flight, with no ill effects on the monkey until impact, when it died." 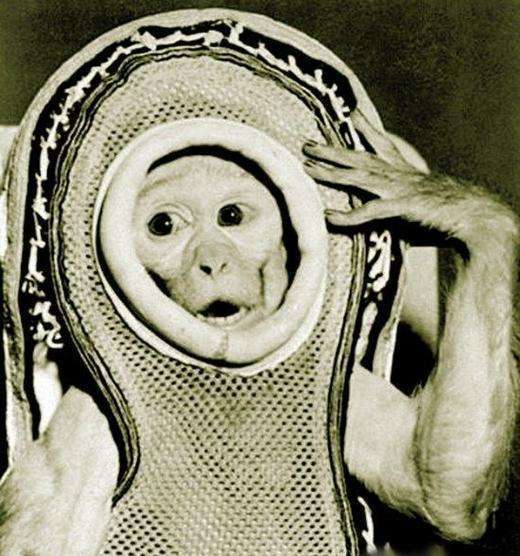 Dogs in space
While the United States was experimenting with a lot of monkeys, the Soviet Union was experimenting with a lot of dogs.
On November 3, 1957, the Soviet Union launched Sputnik 2 into Earth's orbit with a dog named Laika on board. NASA scientists say that Laika died after a few hours. Sputnik 2 continued to orbit for five months and then burned up in the outer atmosphere in April 1958.
Then later that year on December 13, the U.S. launched a squirrel monkey named Gordo about 965 kilometers high in a Jupiter rocket. Scientists were able to observe his body functions.
Gordo's capsule was never found in the Atlantic Ocean. He died on splashdown when a flotation device failed. However, scientists said readings taken of his breathing and heartbeat proved that humans could survive a similar trip.
These are just a few examples of how animals have helped humans explore space. We should not forget that mice and cats have also been used to help scientists better understand how travel beyond Earth affects living things.
I'm Anna Matteo.